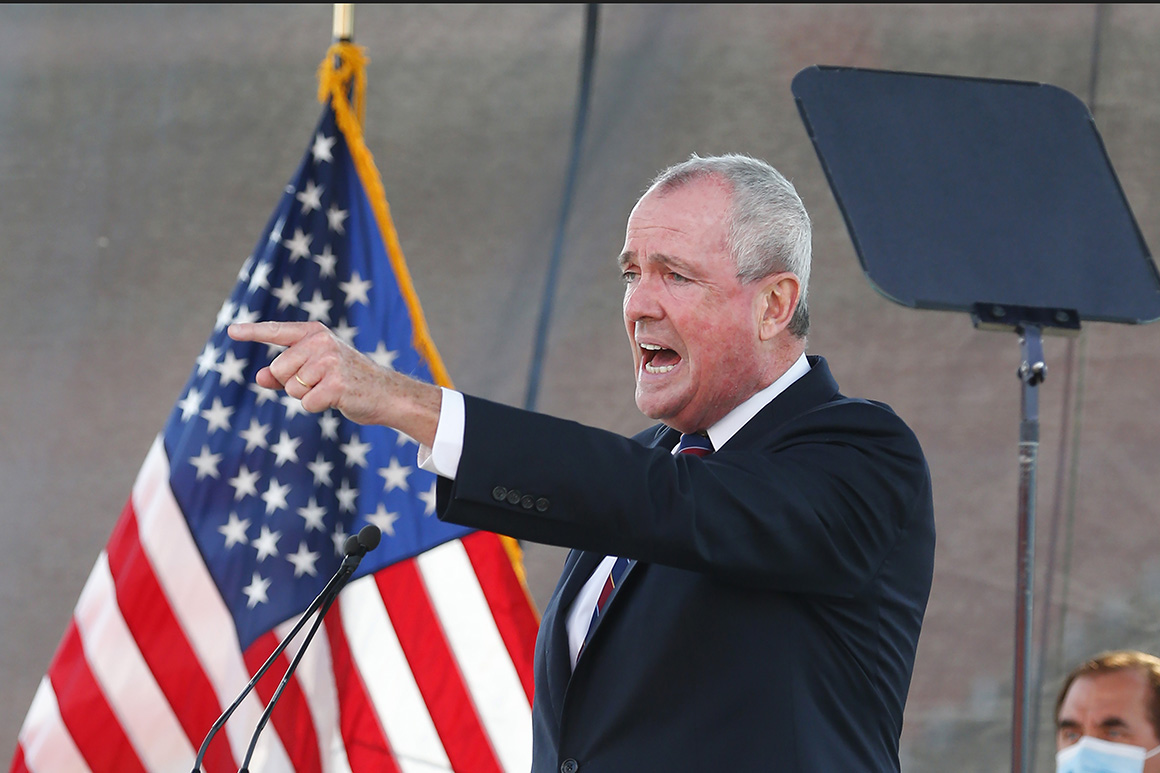 Gov. Phil Murphy, who has spent his first two years in office pushing progressive policies like higher taxes for millionaires, isn’t putting those priorities aside in the wake of a once-in-a-century pandemic and accompanying economic crisis that’s left New Jersey billions of dollars in the red.

The nine-month, $32 billion revised spending plan Murphy outlined Tuesday morning during an address at Rutgers University’s SHI Stadium in Piscataway is not an austerity budget. Instead, the governor is using the health and fiscal crisis to bolster his justification for progressive ideas — he wants about $1 billion in new or made-permanent taxes and is calling for a new a social program he’s practically daring his fellow Democrats who control the Legislature to oppose — even while proposing $4 billion in borrowing in a state already saddled with debt.

It‘s a stark contrast from the first budget proposal his Republican predecessor, Chris Christie, put forth during the Great Recession that cut social programs and school aid.

“You don’t grow and strengthen the middle class by pulling the rug out from under it. You can’t cut and slash your way to growth and opportunity,” Murphy said during his address to the Legislature.

Despite a request in the spring that all departments trim 15 percent from their budgets —  Murphy said they “delivered” $1.2 billion in spending cuts — austerity measures were largely absent from the plan he unveiled Tuesday, which proposes the borrowing to help cover a projected $5.6 billion revenue gap.

The budget does not eschew the priorities Murphy outlined in his initial budget address in February before the coronavirus ravaged New Jersey and led the governor and Legislature to extend the budget year by three months, to Sept. 30.

That led to harsh and immediate criticism from New Jersey Republicans.

Sen. Declan O’Scanlon (R-Monmouth) said Murphy’s proposal “shows none of the fiscal restraint that virtually every family and small business has been forced to exercise due to the coronavirus. He wants to borrow billions, which will compound to billions more in interest and fees, to support a budget that demonstrates not one shred of creative cost-cutting reform.

“Generations of taxpayers will be saddled with this burden,” O’Scanlon said.

But Monmouth University pollster Patrick Murray said there doesn’t appear to be a public appetite for fiscal austerity.

“I think as we’re trying to climb out of this pandemic … people want to see some investments made. People don’t want to feel any more pain than they are. And at least on the surface, that’s what this budget looks like,” Murray said. “There’s a populist appeal to this budget. Now whether all the tax hikes can get through the Democrats in the Legislature is another question.”

Murphy proposed no cut to his previously proposed $4.9 billion payment to the state’s pension system and called for dramatic increases in fees for gun purchase permits, which have been nominal and unchanged since the 1960s. The Homestead Tax Rebate and Senior Freeze, cut in the pandemic stopgap budget, would be restored.

While leaving programs for the middle class and poor untouched, Murphy sent a message that the wealthy should sacrifice.

Aside from renewing his push for a tax hike on incomes of more than $1 million, he also proposed rolling back a five-year-old law that cut the state sales tax on the purchase of boats in half and capped the tax at $20,000. Restoring the tax on boats would only bring in $15 million a year, but it would send a symbolic message to those financially comfortable enough to buy a boat for leisure amid a financial and health crisis

“I would urge those who would pay this tax to see it this way — we are asking you to sacrifice pennies on your top dollar to ensure that every New Jerseyan has the same opportunity to succeed that you did," Murphy said of the millionaires tax proposal. “You have the wherewithal that millions of families don’t at this extraordinary time in our shared history."

Murphy also put forward a proposal to set aside $1,000 for every baby born in New Jersey in 2021 to a family making less than $131,000, payable with interest on the child’s 18th birthday. The so-called baby bond initiative would cost about $72 million.

The idea borrows from a larger federal proposal put forth by Sen. Cory Booker (D-N.J.), giving it the imprimatur of a rare New Jersey politician whose popularity bridges the longstanding regional and ideological divides of the state’s Democratic Party.

Even the governor’s strategy in rolling out the plan — an exclusive story in The New York Times that published early Tuesday morning — showed Murphy was trying to get national attention for an idea that has gained traction among Democrats nationally.

It remains to be seen whether the strategy will work, although his social proposals received the warmest reception from the crowd. Audience members stood and cheered when the governor mentioned Black Lives Matter, the baby bonds proposal and his commitment to “ensuring fairness and justice in taxation.”

Senate President Steve Sweeney — who has long made it clear he would not agree to the millionaires tax — refused to rule it out in comments to reporters on Tuesday. Sweeney was was noncommittal on the baby bonds proposal, saying he needed more details. Assembly Speaker Craig Coughlin said in a statement that he would keep an “open mind” to the proposals.

Not every tax hike Murphy proposed directly targets the wealthy. A proposed major increase in the cigarette tax would hit smokers of all incomes, and fees for gun purchase permits and identification cards — $50 and $100, respectively — would rise dramatically.

Murphy’s budget proposal did get some pushback from the left. Advocates for undocumented immigrants slammed it for not including their proposal to include payments to undocumented workers who are unable to collect unemployment.

“Today Governor Murphy sends a message to the half million undocumented immigrant workers and our families that we are expendable,” Felix Gallardo, a member of the group Make the Road NJ, said in a statement.

Carly Sitrin contributed to this report.