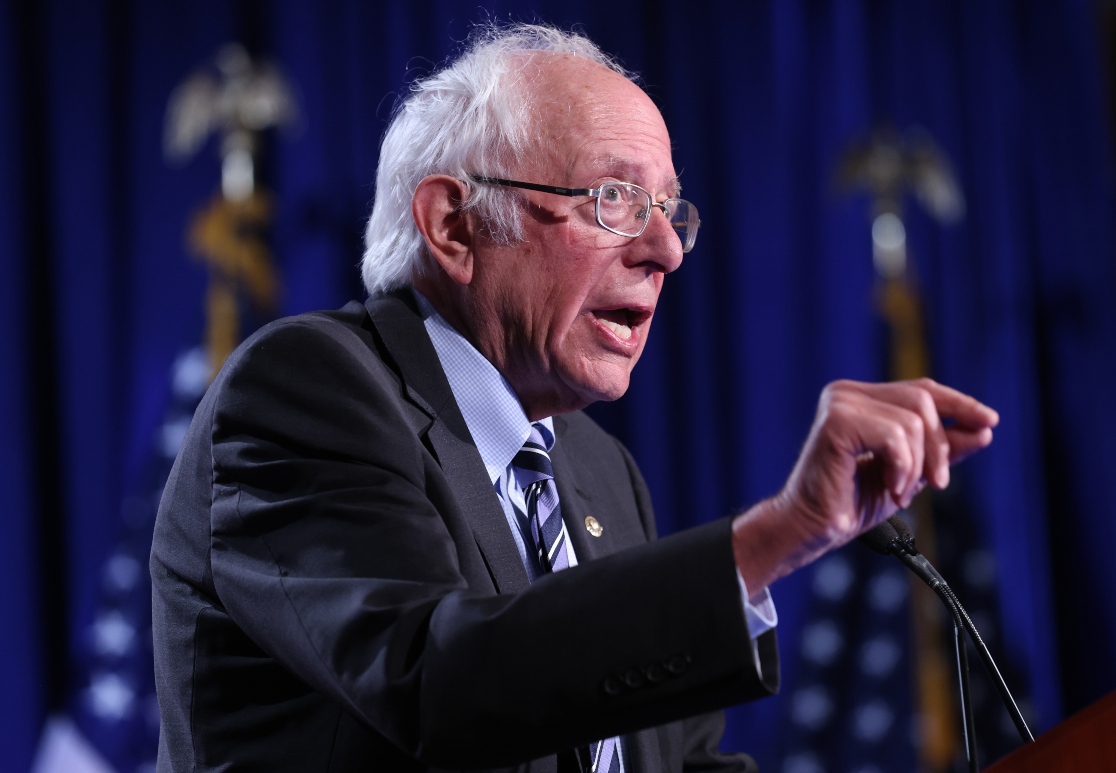 Sen. Bernie Sanders tore into President Donald Trump on Thursday, delivering an indictment of the president’s recent comments that doubted the integrity of the November election and portraying him as an imminent threat to democracy.

“It is terribly important that we actually listen to and take seriously what Donald Trump is saying,” Sanders said in an address at George Washington University in Washington.

The Vermont independent then went on to catalog all of Trump’s recent public statements about the election, including several weeks ago when the president claimed that “the only way they can take this election away from us is if this is a rigged election” and his repeated jibes about serving more than the two terms allowed by the Constitution.

Despite Trump’s constant complaints about supposed mass voter fraud in elections, Sanders pointed to several studies — including the conclusion of Trump’s own White House commission on the matter — that have found voter fraud to be exceedingly rare.

He also assailed Trump’s efforts to cast doubt on the legitimacy of mail-in voting ahead of an election that is expected to see unprecedented levels of votes cast by mail because of the coronavirus pandemic. Sanders pointed to an interview in which the president appeared to admit that his opposition to including funding for the U.S. Postal Service in a coronavirus relief bill stemmed from his desire to thwart Democratic efforts to expand mail-in voting, and to Trump’s floating a delay in the election over mail-in voting.

He also noted that Trump himself appeared to encourage voter fraud earlier this month when he urged North Carolina voters to attempt to vote twice as a test of mail-in voting systems.

But Sanders pegged a large portion of his speech to more recent events.

“Just last night Donald Trump went even further down the path of authoritarianism,” he said, referring to the president’s refusal on Wednesday to commit to a peaceful transfer of power should he lose reelection.

“Trump’s strategy to delegitimize this election and to stay in office if he loses is not complicated,” Sanders contended. “Finding himself behind in many polls, he is attempting massive voter suppression.”

Sanders began his speech by lamenting “grotesque levels of income inequality,” a lack of guaranteed health care for all and the threat of climate change.

“All of these issues and others are enormously important and should be the issues that are being debated in this campaign. But today, I am not going to talk about any of them,” he said, instead saying he would focus on “something in my wildest dreams I never thought I would be discussing.”

The senator outlined a number of action items that he argued might help alleviate chaos surrounding the election.

First and foremost, he pushed for voters to hand Biden a decisive, landslide victory on Election Day, saying it would “make it virtually impossible for Trump to deny the results” and calling it “our best means for defending democracy.”

He urged state legislatures to allow the counting or processing of mail-in ballots prior to Election Day, arguing that “the faster all ballots are counted, the less window there is for chaos and conspiracy theories.”

Sanders also called on the news media to begin preparing the American electorate for the virtual certainty that because of increased mail-in voting, the winner of the election will not be decided on Nov. 3, and he encouraged social media companies to take further action to stop the spread of disinformation on their platforms.

The senator also argued for hearings in Congress and statehouses alike to provide transparency on the election process — including how the days following the election will be handled — suggesting that he sees the possibility for violence in some places.

Sanders pleaded that “every elected official in America, whether they be Republican, Democrat or independent … vigorously oppose voter suppression and voter intimidation, to make sure that every vote is counted, and that no one is declared the winner until those votes are counted.”

And he issued a call to action in particular for Republicans in Congress.

“Please do not continue to tell the American people how much you love America if, at this critical moment, you are not prepared to stand up to defend American democracy and our way of life,” Sanders said. “Stop the hypocrisy.”