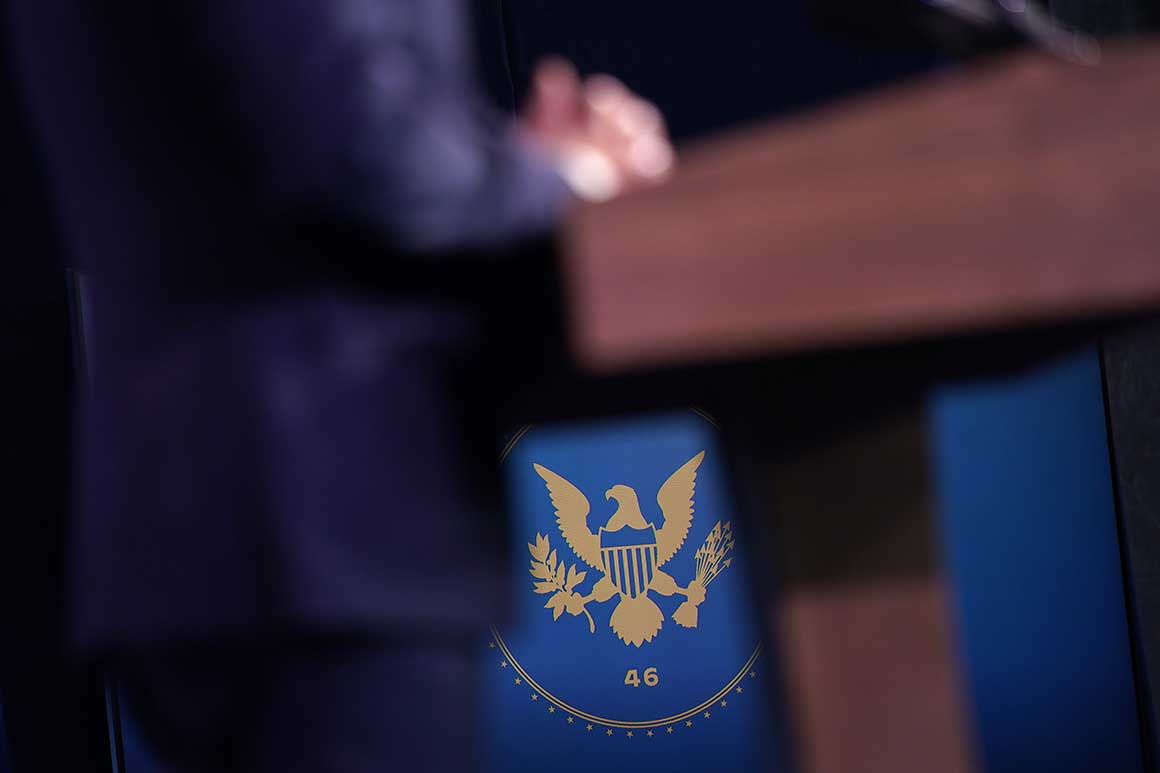 The head of President-elect Joe Biden’s transition team blasted the leadership of President Donald Trump’s Office of Management and Budget on Wednesday — accusing the agency of thwarting coordination between its career civil servants and incoming administration officials.

The fresh complaints from Yohannes Abraham, the transition’s executive director, about what he called “obstruction” by the White House budget office come after Biden’s team and the president-elect himself have expressed similar frustrations this month with Trump’s political appointees at the Pentagon.

In a virtual news briefing with reporters, Abraham acknowledged that although most of the transition’s agency review teams “have benefited from strong cooperation” with their federal counterparts, “unfortunately, that has not been the case across the board.”

Transition officials “have encountered obstruction from political leadership at various agencies, most notably at the Department of Defense and the Office of Management and Budget,” Abraham said.

“Make no mistake, this lack of cooperation has real-world implications, most concerningly as it relates to our national security,” he added. “This intentionally generated opacity makes it harder for our government to protect the American people moving forward.”

Abraham previously criticized the Pentagon’s leadership earlier this month after acting Defense Secretary Chris Miller claimed his own staff and Biden transition officials had “mutually agreed” to suspend a series of meetings until after the holidays.

At the time, Abraham said no such agreement had been reached. The tensions have continued to ramp up in recent days, resulting in Biden declaring on Monday that Pentagon officials were putting up “roadblocks” in the way of his transition.

On Wednesday, however, Abraham homed in on the ramifications of OMB’s alleged noncompliance with the transition team — arguing that the agency was handicapping Biden’s ability to mount an effective economic response to the coronavirus pandemic and its vast financial fallout.

“OMB leadership’s refusal to fully cooperate impairs our ability to identify opportunities to maximize the relief going out to Americans during the pandemic, and it leaves us in the dark as it relates to Covid-related expenditures and critical gaps,” Abraham said.

Abraham’s remarks come more than a month after the General Services Administration acknowledged Biden as the apparent winner of the 2020 presidential election, formally allowing him to move forward with his transition despite Trump’s ongoing refusal to concede the White House race.

Transition spokesperson Jen Psaki, the incoming White House press secretary, also appeared in Wednesday’s news briefing, and announced that Biden — “like other incoming administrations have done before” — would issue a “regulatory freeze memo” set to take effect immediately after he is sworn in next month.

The directive “will halt or delay midnight regulations” ordered by the Trump administration “that will not have taken effect by Inauguration Day,” Psaki told reporters.

“The Biden administration will take swift and bold action across the federal government to roll back harmful Trump administration policies as quickly as possible on Jan. 20 and start tackling the crises the country is facing,” she said.