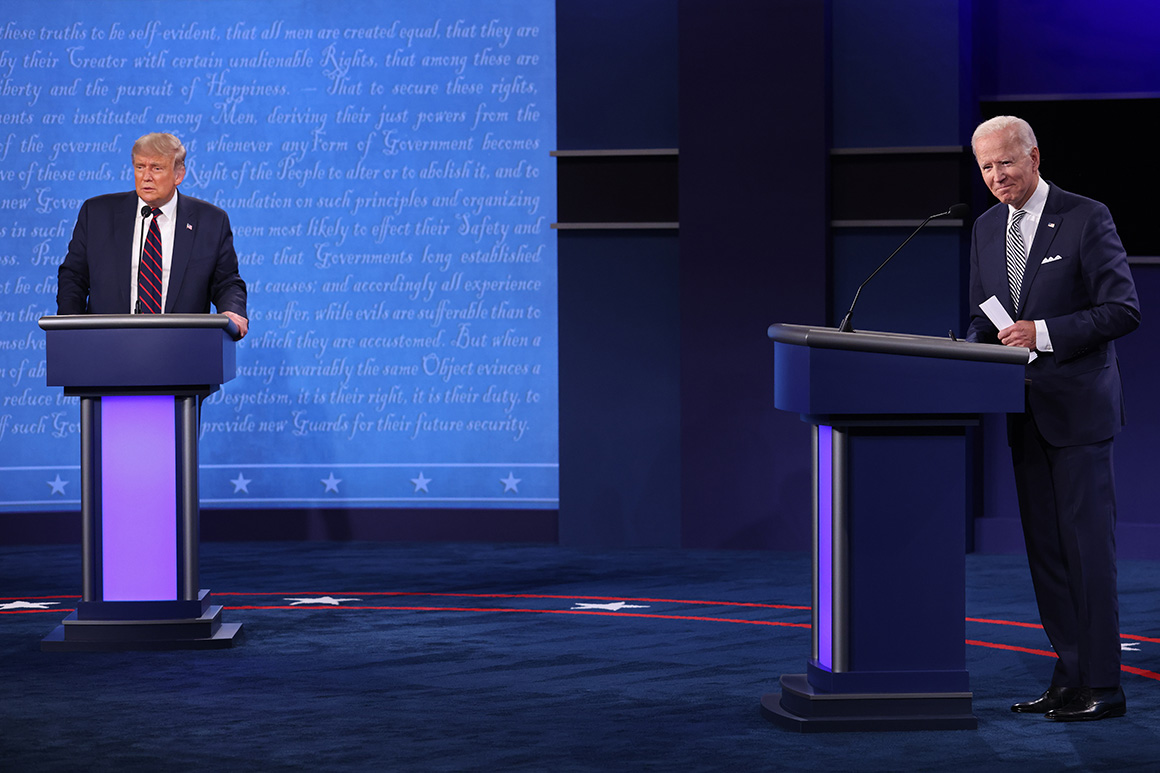 The Commission on Presidential Debates announced Wednesday that the prior night’s face-off between Donald Trump and Joe Biden demonstrated the need for “additional structure” in the format of the remaining forums to “ensure a more orderly discussion.”

The nonpartisan commission, historically responsible for organizing and producing the quadrennial televised primetime events, added in a statement that it “will be carefully considering the changes that it will adopt and will announce those measures shortly.”

Democratic critics condemned Trump’s behavior over the course of the 90-minute broadcast, which saw the Republican incumbent repeatedly bulldoze through Biden’s responses and interrupt moderator Chris Wallace with a barrage of baseless claims.

The White House’s allies and conservative commentators, meanwhile, have charged that Wallace challenged Trump more than he did Biden, and asserted that the Fox News anchor displayed bias toward the Democratic presidential nominee.

In its statement Wednesday, the commission commended Wallace for his “professionalism and skill” throughout the debate, and revealed that it “intends to ensure that additional tools to maintain order are in place for the remaining debates.”

In the hours since the candidates’ bitter clash — during which Trump attacked Biden’s family and Biden called Trump a racist and a clown — some Democrats have suggested the former vice president should not participate in the two remaining debates, scheduled to take place next month.

At the very least, they argue, the commission should allow the moderator the ability to mute the candidates’ microphones if they violate the rules of the debate, agreed upon beforehand by both campaigns.

Top Biden campaign officials said Tuesday night and Wednesday morning that he plans to appear at both upcoming debates. The second debate, a town hall-style event scheduled for Oct. 15, is set to operate under a different format entirely, while the third debate on Oct. 22 was slated to be structured identically to the first.