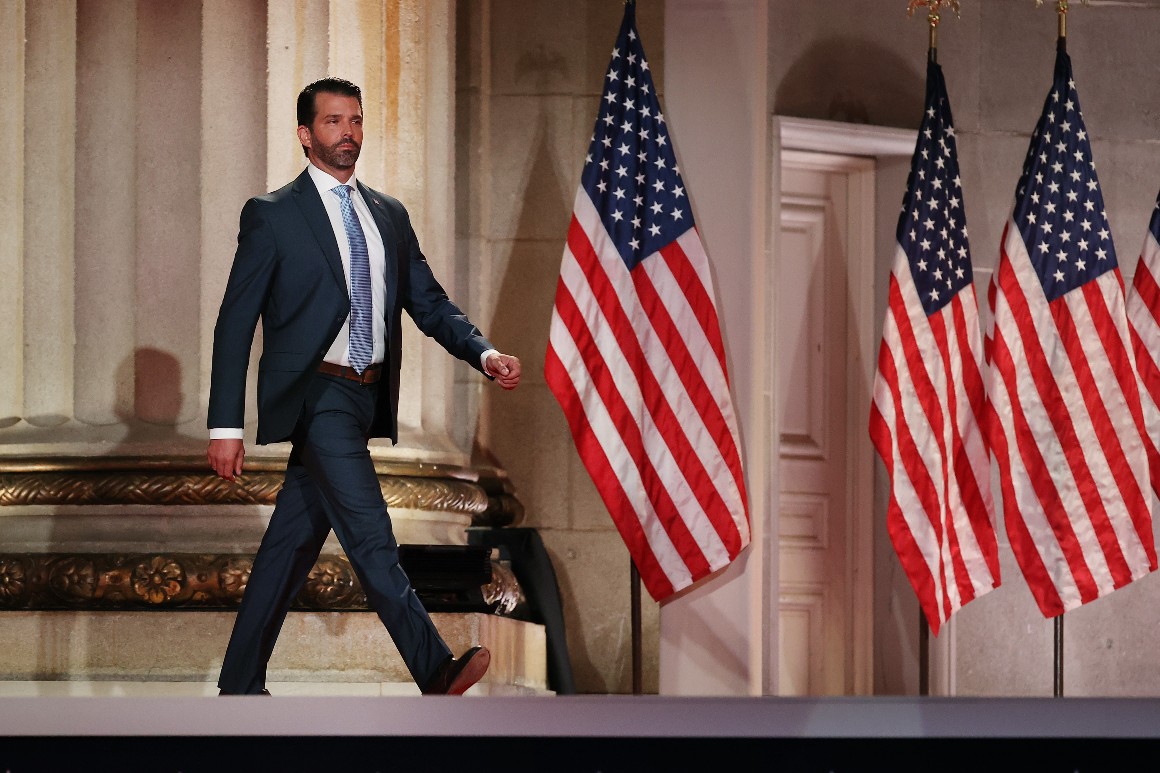 Donald Trump Jr., the president’s eldest son, falsely claimed on Thursday that the number of Americans dying from the coronavirus amounts to “almost nothing.”

More than 8.9 million people in the United States have been infected with Covid-19, according to the latest data from Johns Hopkins University, resulting in more than 228,000 deaths. The U.S. tallied a single-day record of more than 83,000 coronavirus cases last Friday and reported a new daily peak of more than 88,000 cases on Thursday. Deaths, an indicator that typically lags behind the number of cases, have also been on the rise.

Deaths have indeed declined relative to last spring, in part because doctors have learned to manage the disease better and because of drugs that have proven to be helpful in combating it. Nursing homes, where thousands of Americans have died from the coronavirus, have also done a better job in slowing infection, although they face challenges protecting their highly vulnerable residents as Covid-19 continues to spread across the country.

But the deaths are not “almost nothing” — and they are rising. Roughly 1,000 Americans died from the disease on Thursday, as Trump Jr. appeared on Fox News host Laura Ingraham’s show to downplay the U.S. death toll. And among those who survive coronavirus, many have long-term damage to vital organs and lingering chronic symptoms.

“The reality is this: If you look, I put it up on my Instagram a couple days ago, because I went through the CDC data, because I kept hearing about new infections,” Trump Jr. said. “But I was like, ‘Well, why aren’t they talking about deaths?’ Oh, oh, because the number is almost nothing,” he continued. “Because we’ve gotten control of this and we understand how it works.”

Those remarks resemble other misleading or outright untrue rhetoric put forth in recent days by President Donald Trump, who has been increasingly dismissive of the pandemic’s threat ahead of Election Day. “More Testing equals more Cases. We have best testing. Deaths WAY DOWN,” he tweeted on Friday morning.

Trump has repeatedly said the U.S. is “rounding the turn” in its fight against Covid-19 — an assertion disputed by the administration’s coronavirus testing czar, who pointed to the growing number of deaths to correct the president. “The cases are actually going up. And we know that, too, because hospitalizations are going up,” Adm. Brett Giroir told NBC’s “Today” show on Wednesday, adding: “We do know that deaths are increasing, unfortunately.”

Public health experts predict an even greater death toll throughout the fall and winter months, as the U.S. coronavirus outbreak collides with the annual flu season. “If things do not change, if they continue on the course we’re on, there’s going to be a whole lot of pain in this country with regard to additional cases and hospitalizations and deaths,” Dr. Anthony Fauci, the nation’s top infectious disease expert, told CNBC on Wednesday.