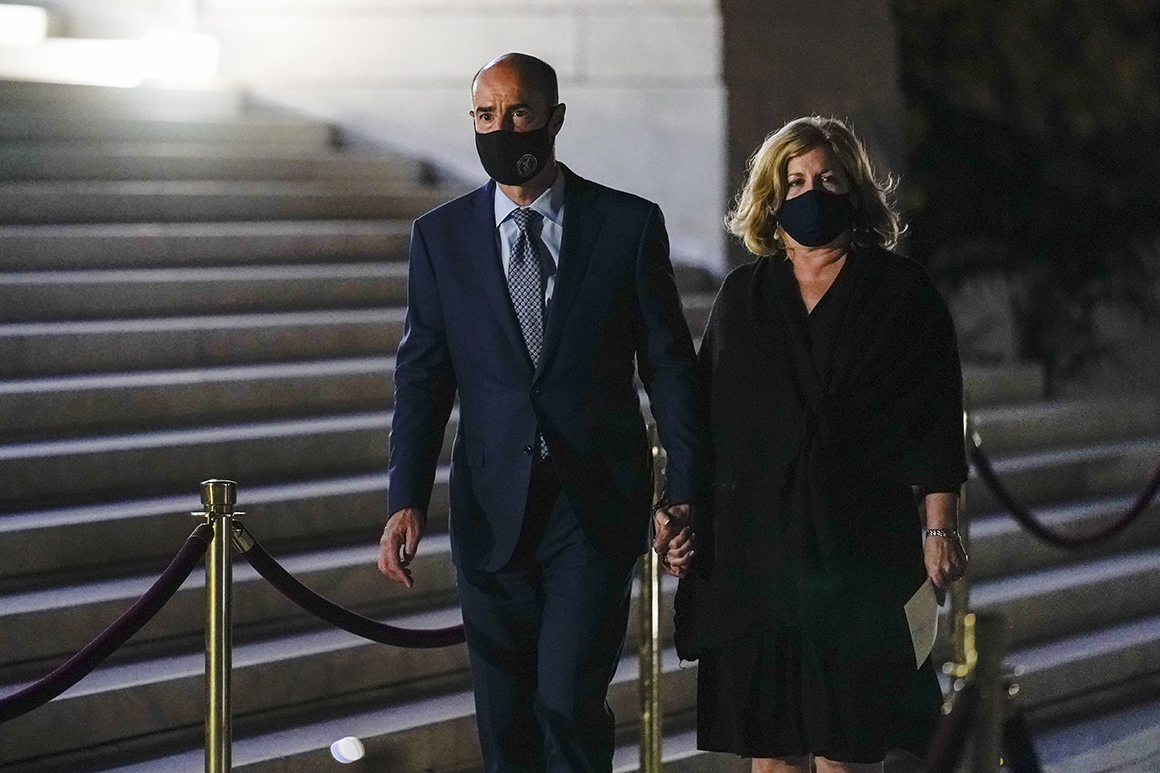 The wife of Labor Secretary Eugene Scalia tested positive for coronavirus on Tuesday afternoon, the department told its employees in a Tuesday night email.

Trish Scalia “is experiencing mild symptoms but doing well,” the Labor Department wrote, adding that Secretary Scalia had tested negative and experienced no symptoms of the virus. The agency didn’t specify whether Trish Scalia would self-isolate, but did say, “The Secretary and Mrs. Scalia will follow the advice of health professionals for Trish’s recovery and the health of those around them.”

Secretary Scalia, his wife and his mother sat in the second row for the late-September introduction of Supreme Court nominee Amy Coney Barrett at the White House. President Donald Trump announced on Oct. 1 that he and first lady Melania Trump had tested positive, and the president spent three days in the hospital being treated for the effects of Covid-19.

According to a POLITICO analysis, 35 aides and allies of Trump tested positive as of last Thursday, many of whom attended the Rose Garden event and an indoor reception right after.

The Labor Department said in its Tuesday statement that the secretary “will work from home while continuing to carry out the mission of the Department and the President’s agenda.”