The Republican mayor of Miami-Dade County is a Trump-endorsed congressional candidate in a nationally watched swing seat. He’s also the elected leader of the urban heart of South Florida, a coronavirus hot spot that’s home to 2.7 million people, more than 87 percent of them Black or Hispanic.

So when it comes to public health, Giménez the mayor sometimes disagrees with President Donald Trump and Florida Gov. Ron DeSantis, like-minded allies eager to restart the pandemic-battered economy.

But when it comes to politics, Giménez the candidate needs to maintain those bonds if he hopes to win election.

“There is no conflict. I have to do what I think is right, after that I am a candidate for Congress,” Giménez said in an interview. “Does it impact my ability to run as a candidate? Sure. But I’m mayor first.”

Democrat Joe Biden is outpolling Trump in the final weeks of the presidential campaign and the coronavirus outbreak has caught a second wind. In swing districts across the U.S., down-ticket Republicans are weighing policy against politics as they answer to their current constituents, try to win over new ones, and avoid going sideways with the party.

These election-year dynamics are forcing some local GOP officials into a political vise of sorts, caught at times between a president who has downplayed the coronavirus and their communities demanding an aggressive response to the disease. They’re imposing mask mandates, enforcing social distancing and generally taking tougher positions than Trump and his allies — including, in Gimenez’s case, DeSantis.

The political acrobatics could hardly be more challenging than in Florida’s 26th Congressional District, where the coronavirus pandemic has hit particularly hard and a vulnerable first-term Democratic incumbent faces a fierce fight with a well-known, term-limited Republican mayor. 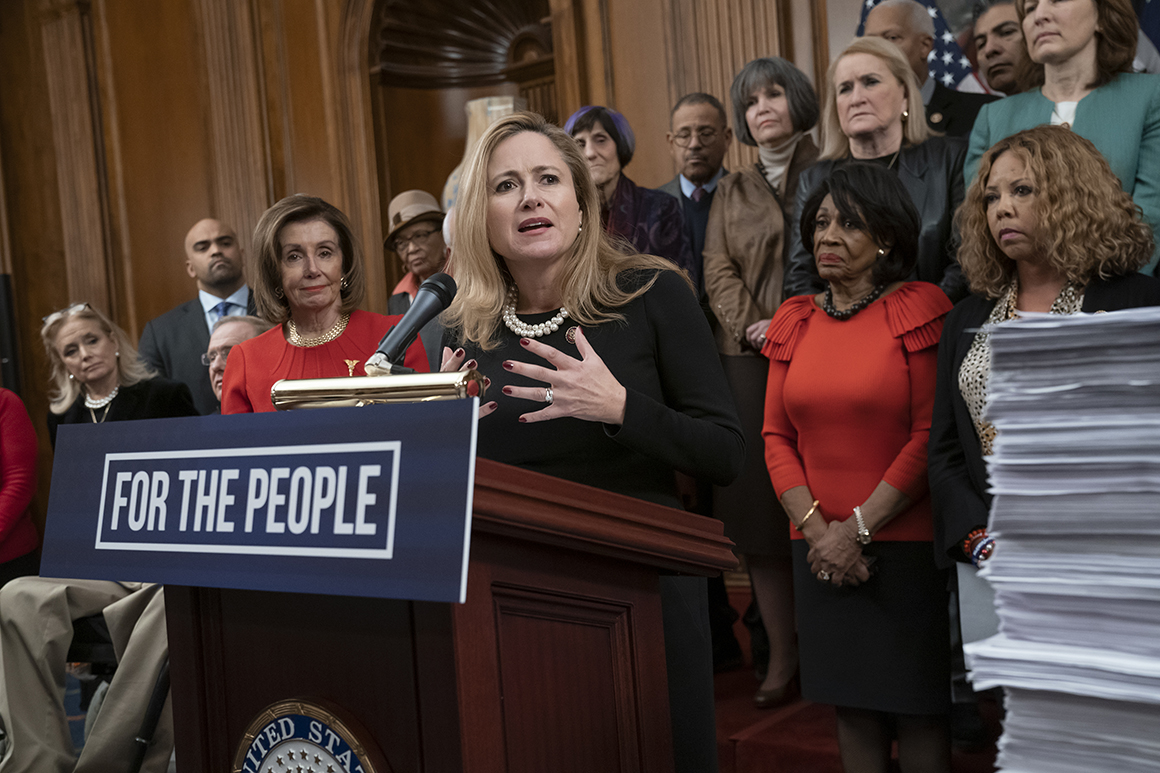 The incumbent, Rep. Debbie Mucarsel-Powell, is running against Giménez’s coronavirus response, calling it “an absolute failure.” With a war chest that’s less than a third of the incumbent’s, the mayor needs to show he’s in control of the pandemic response, an effort complicated by DeSantis’ persistent push to reopen the state economy.

So on Tuesday, when Trump tweeted from the White House that he would travel to Miami for an Oct. 15 debate despite his Covid-19 diagnosis, Giménez hedged. The mayor said he would seek the advice of medical experts before Trump’s arrival and said he had no concerns that the president might be Covid-positive.

“We will know what his contagion level is and take the appropriate precautions,” he said.

Next door, Miami City Mayor Francis Suarez, who is not facing an election this year, told Trump to stay home if he’s still testing positive on Oct. 15.

“I don’t think it’s safe, not for him and anybody else, anywhere or anyone he interacts with,” Mayor Francis Suarez told POLITICO.

As the campaign headed into the final stretch, Giménez the mayor and Giménez the candidate both were blindsided when DeSantis gave Florida businesses the OK to open doors and return to a pre-pandemic way of life. The Sept. 25 executive order preempted tougher restrictions imposed by local governments, including Miami-Dade, and banned them from collecting fines from people who defied local mask-wearing ordinances.

The DeSantis announcement was a blow, but Giménez didn‘t criticize his Republican ally, not even for the lack of a heads up. Instead, he held a news conference a few days later to tell constituents which parts of the DeSantis roadmap the county would not follow.

Miami-Dade would continue to impose $100 fines on mask scofflaws, with plans to collect those fines when the DeSantis order expires, he said. Bars and restaurants that have the ability to keep six feet of space between tables were allowed to to go full capacity, but others will remain at half capacity.

“They have given us as much flexibility as possible within the governor’s desire to open the state as fast as possible,” Giménez said.

While Giménez tries to balance the demands of his free-market Republican governor and a local public health crisis, Giménez will have to vastly outperform the top of the ticket, where Biden is expected to easily defeat Trump among voters in the 26th Congressional District. Hillary Clinton won the seat by 16 points in 2016.

Republicans, though, have outperformed the top of the ticket in the district before. In 2016, former Rep. Carlos Curbelo, a Republican, won the seat by 12 points even though Trump lost the district by 16 points. 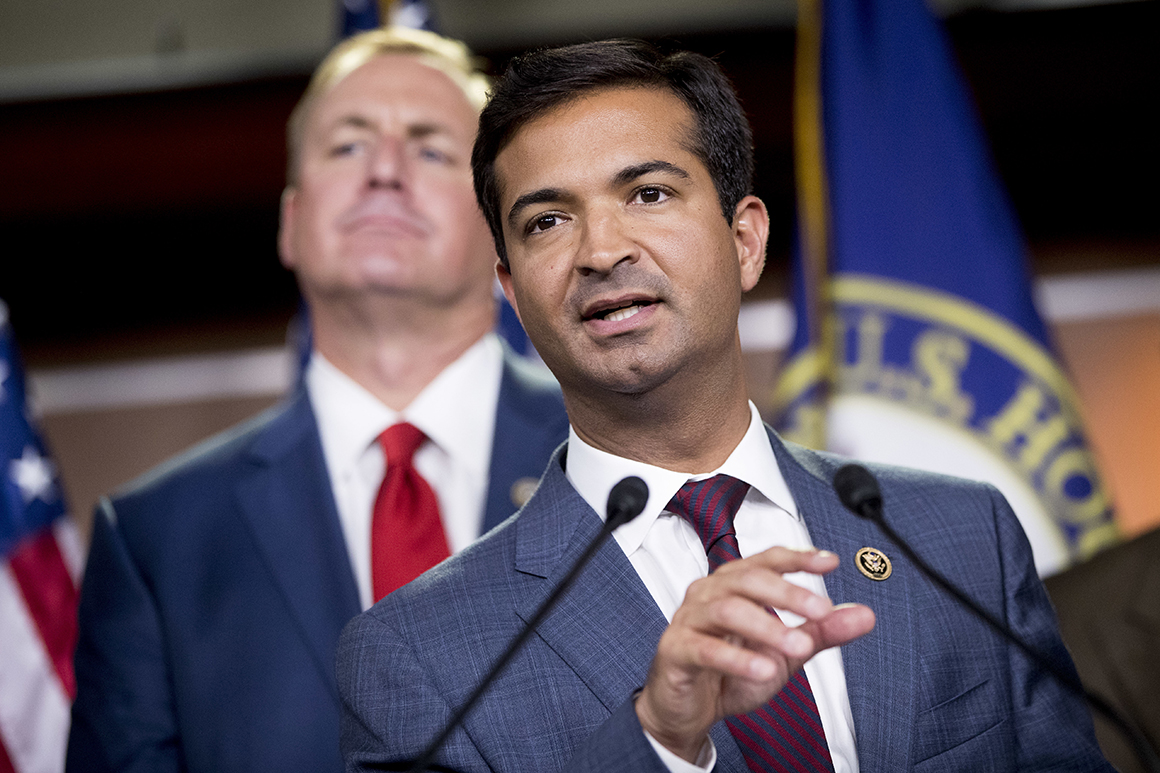 “I think the district does afford him the opportunity to try and distinguish himself from the party and show he is independent-minded,” Curbelo said in an interview. “It’s a very independent district.”

So far, the relationship between Trump, who has pushed aggressively for an economic reopening, and Giménez seems to be intact. Giménez was among a small group of people to privately meet with Trump before he boarded Air Force One after a Latinos for Trump event in Hialeah. Others who chatted up the the president included Florida state Sen. Manny Diaz (R-Hialeah) and likely future Florida House Speaker Daniel Perez (R-Miami).

“It was campaign stuff,” Giménez said when asked what he and the president discussed. “He has endorsed me, so he just offered to help again, and I thanked him.”

After Trump on Friday announced he had tested positive for the coronavirus, Giménez told the Miami Herald that he stood “eight feet away” from the president. He wore a mask during the exchange, but the president did not, the Herald reported.

“He’s been a bit careful, but I think he’s trying to strike a balance. I think the fact he has kept Miami-Dade safe from violence and looting for the most part is going to be very helpful to him,” Diaz said.

And while Covid-19 positivity has fallen to below 5 percent, Miami-Dade continues to report a significant number of new infections. The county reported 2,548 new coronavirus cases over the past week, 15 percent of all cases statewide. With the prevalence of new cases, pandemic-protection measures are popular, giving Giménez local political cover. But conservatives in the county have placed a premium on reopening.

“Opening the economy is critical for rehabilitation in both health and economics,” said Miami attorney Lorenzo Palomares-Starbuck, who was a Spanish-language Trump campaign surrogate in 2016. “I believe in social change and masks are useful and should be used as security cover and discretion. However, not mandates by an executive order.”

Palomares-Starbuck stopped short of criticizing Giménez. But he didn’t respond to a follow-up question about the mayor’s political balancing act.

Former President Donald Trump is weighing in for the first time on behalf of a primary challenger opposing one of...