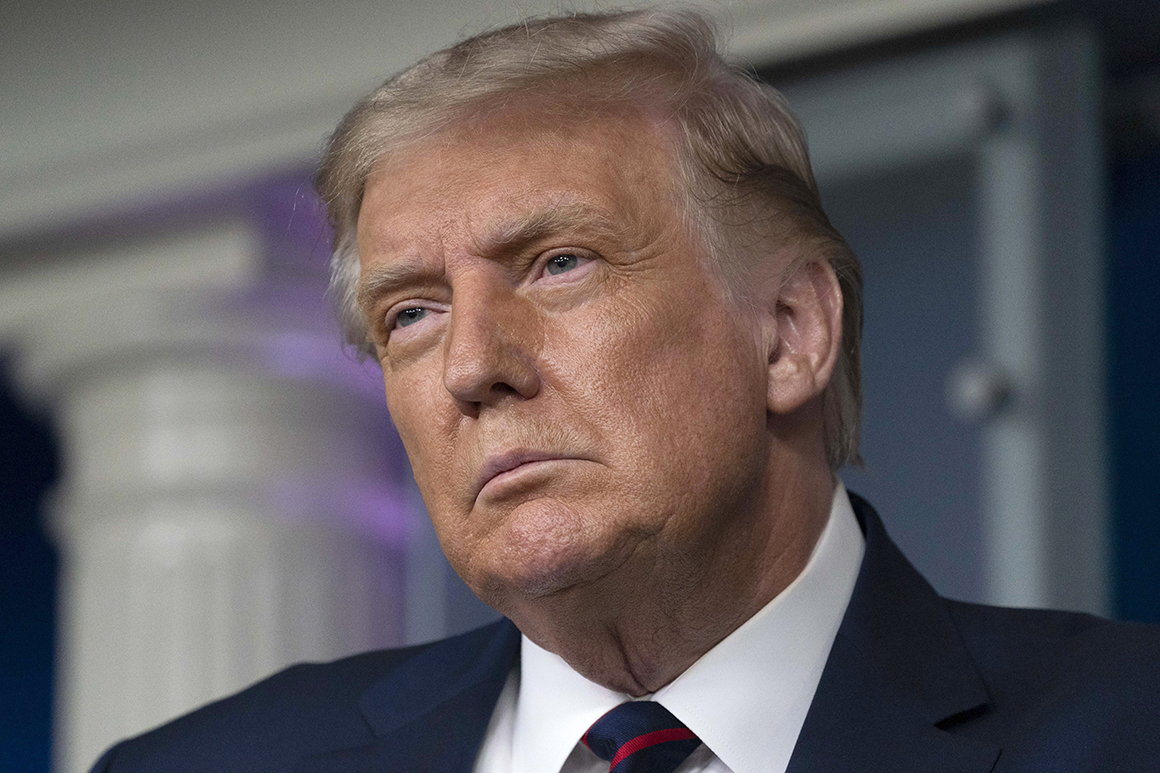 Jennifer Horn, a co-founder of the anti-Trump Republican group the Lincoln Project, has a blunt prediction about whether President Donald Trump will carry her home state of New Hampshire come November.

“I don’t think that he does have a real shot,” Horn, the former chair of the Granite State’s Republican Party, told host Anna Palmer of POLITICO’s Women Rule podcast.

Horn’s calculus would appear to track with the available polling data. A FiveThirtyEight average of New Hampshire polling shows Trump trailing former Vice President Joe Biden by a little over 9 points — Biden has topped the president in all but a single poll since April.

“I think we see that in the numbers,” she continued, positing that “I think, like everything else that this president does, that his investment in New Hampshire is driven by ego.”

Horn pointed to Corey Lewandowski, Trump’s first campaign manager and a New Hampshire resident, who has insisted the president could carry the state after losing it by fewer than 3,000 votes in 2016. Trump has also, as recently as February, attributed his loss there to a debunked theory that voters were illegally bused in from neighboring Massachusetts to vote in the state, an accusation Horn called “ludicrous.”

But Horn suggested that the campaign is looking to compete in New Hampshire in order to open up any additional paths possible to reach 270 Electoral College votes.

“I also think, frankly, that he is investing a lot of money in New Hampshire because they are looking at the electoral map as closely as we are as the Lincoln Project,” she said. “And they are seeing that there are states that they thought they were going to win, that they very well could lose. And so they’re trying to piece together 270 somewhere, somehow. And I don’t think they’re going to get it in New Hampshire for sure.”

Asked what the Lincoln Project’s plans are post-November, Horn said the group is “100 percent focused” on 2020. While she noted that the group has “no plans” thus far past Nov. 3, Horn asserted that “anything that continues forward from the Lincoln Project will be focused on making sure that the message is heard across the land, that Trumpism is rejected by America fully, permanently.”

“Never again … do we want any candidate to believe — from any party — that they can run” a campaign like Trump’s and come out victorious, she explained.

In the lead-up to the election, Horn said the group’s objective is to introduce Biden and his running mate, Sen. Kamala Harris (D-Calif.), to what they estimate is around 3 to 4 percent of Republican voters they need to sway.

But Horn concedes it’s a steep task, “especially when you’re running against an incumbent Republican.”

“I mean, I’m not trying to tell people that Joe Biden is going to be a conservative president, but what I think is truly is generally true about Joe Biden, I think he’s a decent person,” she said. “And I think that he cares about the country more than he cares about himself. And I think that those two things alone put him light years ahead of Donald Trump for being qualified to be president, the United States.”

It’s a message that Democrats sought to hammer home during last week’s Democratic convention, which featured a slew of Republicans voicing their support for the former vice president.

Most of all, Horn said, she wants fellow Republicans to recognize that the president “genuinely poses a threat to the future of American democracy as we know it.”

And she isn’t above begging.

“I beg my fellow Republicans to look at this and through the lens that I look at it through, and understand that you don’t have to put your name on a list,” she said. “You don’t have to put a sign in your front yard. Just between you, the ballot box and God, you know, do the right thing. You can spend the rest of your life lying about who you voted for if you want to. But, you know, we need you to put America first on this day.”

Horn suggested that when all the dust settles, she’s looking forward to the usual debates over policy — “just hopefully with more dignity and respect, maybe, than we have in the past. Of course … those disagreements remain.”