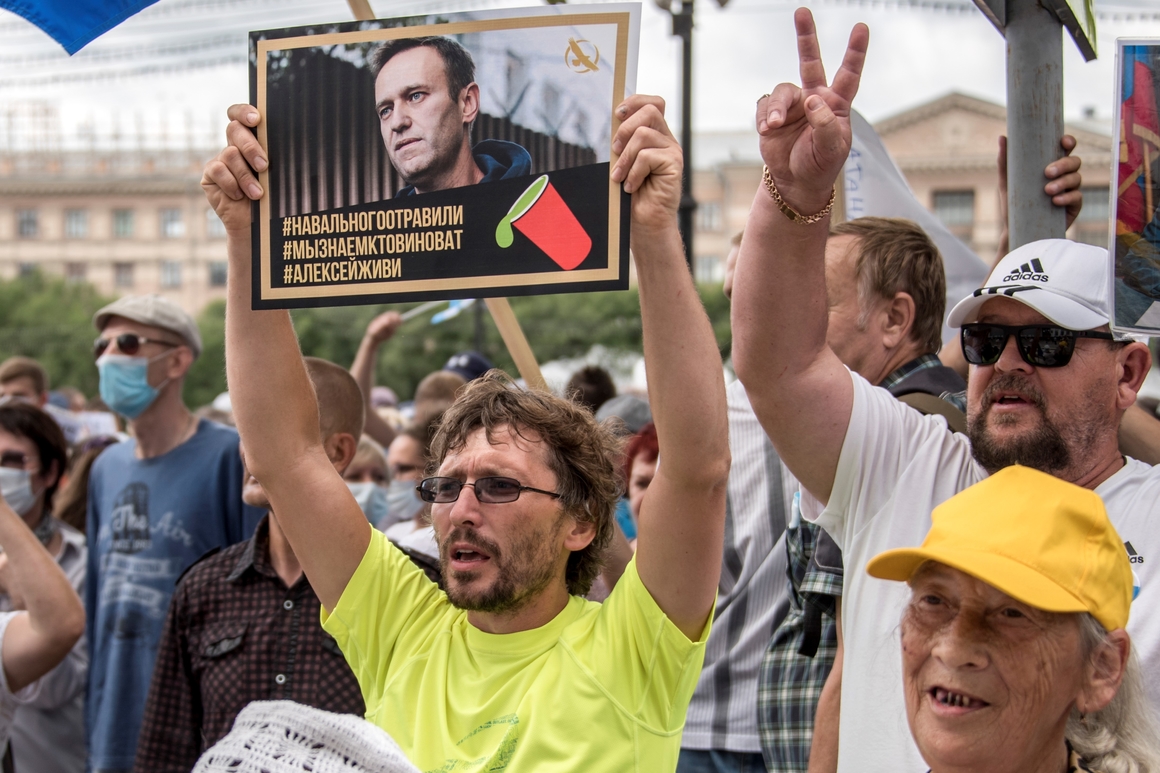 BERLIN — Alexei Navalny’s family might be counting on Germans to save the Russian opposition leader’s life. But if they’re expecting justice, they’ve come to the wrong place.

As Navalny lay in a coma at Berlin’s Charité hospital on Friday, Angela Merkel held court in front of the press corps just around the corner, reflecting on her strategy toward Russia over the years.

“I don’t think we need to change the policy on Russia,” the German leader said. “This is something we see as a continuous line.”

Critics of the chancellor say that continuity is exactly the problem. In the face of countless Russian aggressions in recent years — from the annexation of Crimea to the assassination of a Chechen rebel in broad daylight in central Berlin — Merkel has stressed time and again the importance of engaging Vladimir Putin in “dialogue.” She repeated the argument during her press conference on Friday.

“We must continue to talk with Russia,” she insisted.

If Germany were only talking to Russia, its American and numerous European partners might be less frustrated. They say the German call for “dialogue” is in part a euphemism for commercial engagement, most notably the Baltic gas pipeline project known as Nord Stream 2. The U.S. and many European countries oppose the pipeline‘s construction, which they argue rewards Russia’s bad behavior.

Asked whether the Navalny case might offer cause to suspend Nord Stream 2, which is near completion but has been bedeviled by American sanctions, Merkel demurred.

The circumstances surrounding Navalny’s suspected poisoning need to be fully investigated and laid bare, Merkel said. But the Navalny case “should be decoupled” from the Nord Stream 2 discussion, she argued. And her position on the pipeline, which she characterizes as a “business project,” hasn’t changed.

Berlin’s stance on the project, and on Russia more generally, mystifies many of its partners, especially the Baltic states, which remain vulnerable to Moscow’s aggression.

“It’s impossible to create one box for business and economic issues and a separate box for political issues when dealing with Russia,” Latvian Foreign Minister Edgars Rinkēvičs told POLITICO. “You can try to do it, but the other side doesn’t look at the world that way.”

Indeed, there’s ample evidence to suggest that Germany’s strategy of engaging Russia in the face of its aberrant behavior simply encourages it to carry on. It also worries other countries in the region, especially in Central and Eastern Europe, which history has taught to be wary of German-Russian cooperation.

Germany’s current policy toward Russia is rooted in the Cold War-era strategy known as Ostpolitik. First pursued by Chancellor Willy Brandt in the 1970s, Ostpolitik sought to engage the Soviet Union through trade and cultural exchange, a strategy many Germans believe helped end the Cold War and pave the way to German reunification.

That experience is so ingrained in Germany’s collective psyche that the government’s open-door Russia policy is widely supported across the political spectrum. But many outsiders worry that Germans are stuck in the past.

“The German notion has always been not only do they need energy, but that somehow by creating these interdependencies with Russia, you’re going to help to modernize the country,” said Daniel S. Hamilton, a former American diplomat who spent much of his career working in Germany. “After the intervention in Ukraine, I think the European mood is decidedly different. But the German project just continues, and I think that hasn’t been rethought.”