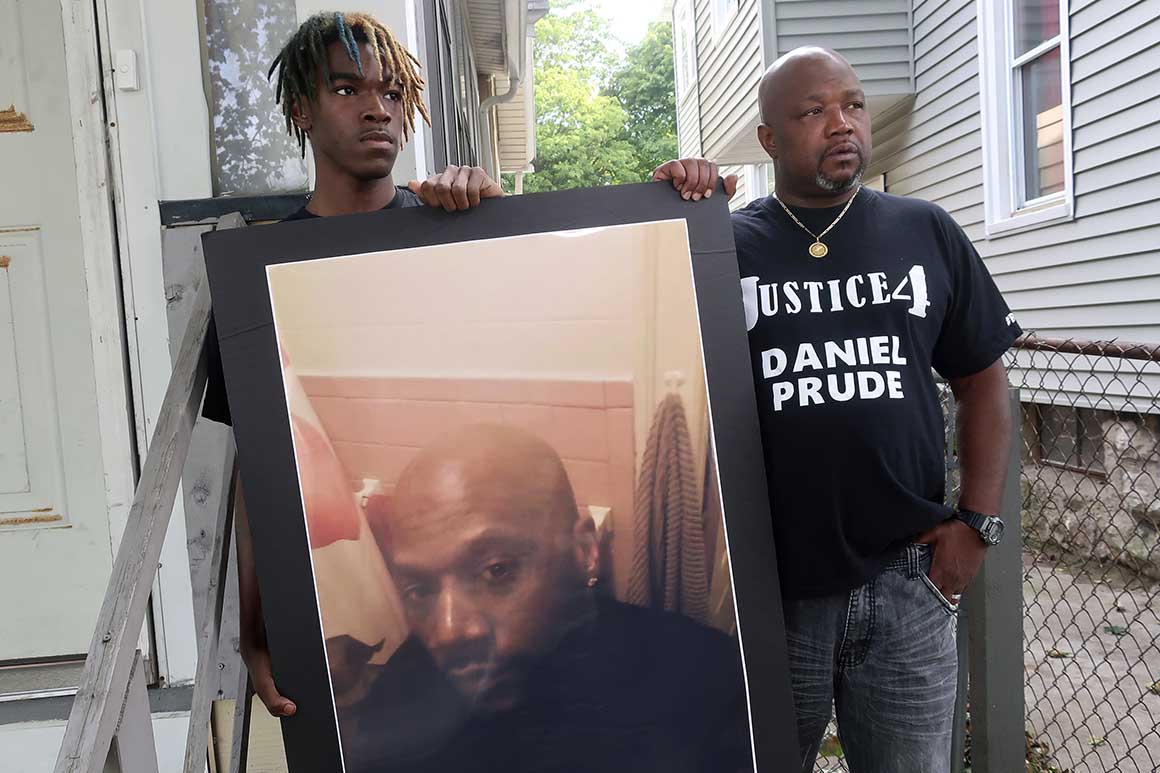 ROCHESTER, N.Y. — The mayor of New York’s third largest city on Thursday suspended a group of police officers involved in the suffocation death of a Black man last March.

Daniel Prude, 41, known to his Chicago-based family as “Rell,” died March 30 when his family took him off life support, seven days after officers who encountered him running naked through the street put a hood over his head to stop him from spitting, then held him down for about two minutes until he stopped breathing.

She said the officers would still be paid because of contract rules.

Prude’s death happened just as the coronavirus was raging out of control in New York and received no public attention at the time.

Prude had been taken to a Rochester hospital for a mental health evaluation about eight hours before the encounter that led to his death. He was released back into the care of his family and then abruptly ran into the street and took off his clothes.

Prude had been traumatized by the deaths of his mother and a brother in recent years, having lost another brother before that, his aunt Letoria Moore said in an interview. In his final months, he’d been going back and forth between his Chicago home and his brother’s place in Rochester because he wanted to be close to him, she said.

She knew her nephew had some psychological issues, she said. Still, when he called two days before his death, “he was the normal Rell that I knew,” Moore said.

When officers found Prude, they handcuffed him, put a hood over his head because he had been spitting, and then pressed his face into the pavement for two minutes, police video shows.

The hoods are intended to protect officers from a detainee’s saliva and have been scrutinized as a factor in the deaths of several prisoners in recent years.

The videos show Prude, his voice muffled by the hood, begging the white officer pushing his head down to let him go. As the officer, Mark Vaughn, says, “Calm down” and “Stop spitting,” Prude’s shouts became anguished whimpers and grunts.

The officer lets Prude go after about two minutes when he stops moving and falls silent. Officers then notice water coming out of Prude’s mouth and call over waiting medics, who start CPR.

A medical examiner concluded that Prude’s death was a homicide caused by “complications of asphyxia in the setting of physical restraint.” The report lists excited delirium and acute intoxication by phencyclidine, or PCP, as contributing factors.

New York Attorney General Letitia James’ office took over the investigation of the death in April. It is ongoing.

Protesters demonstrated Wednesday at the police headquarters building in Rochester and at the spot where Prude died.

Activists are demanding that the officers involved be suspended and prosecuted on murder charges.