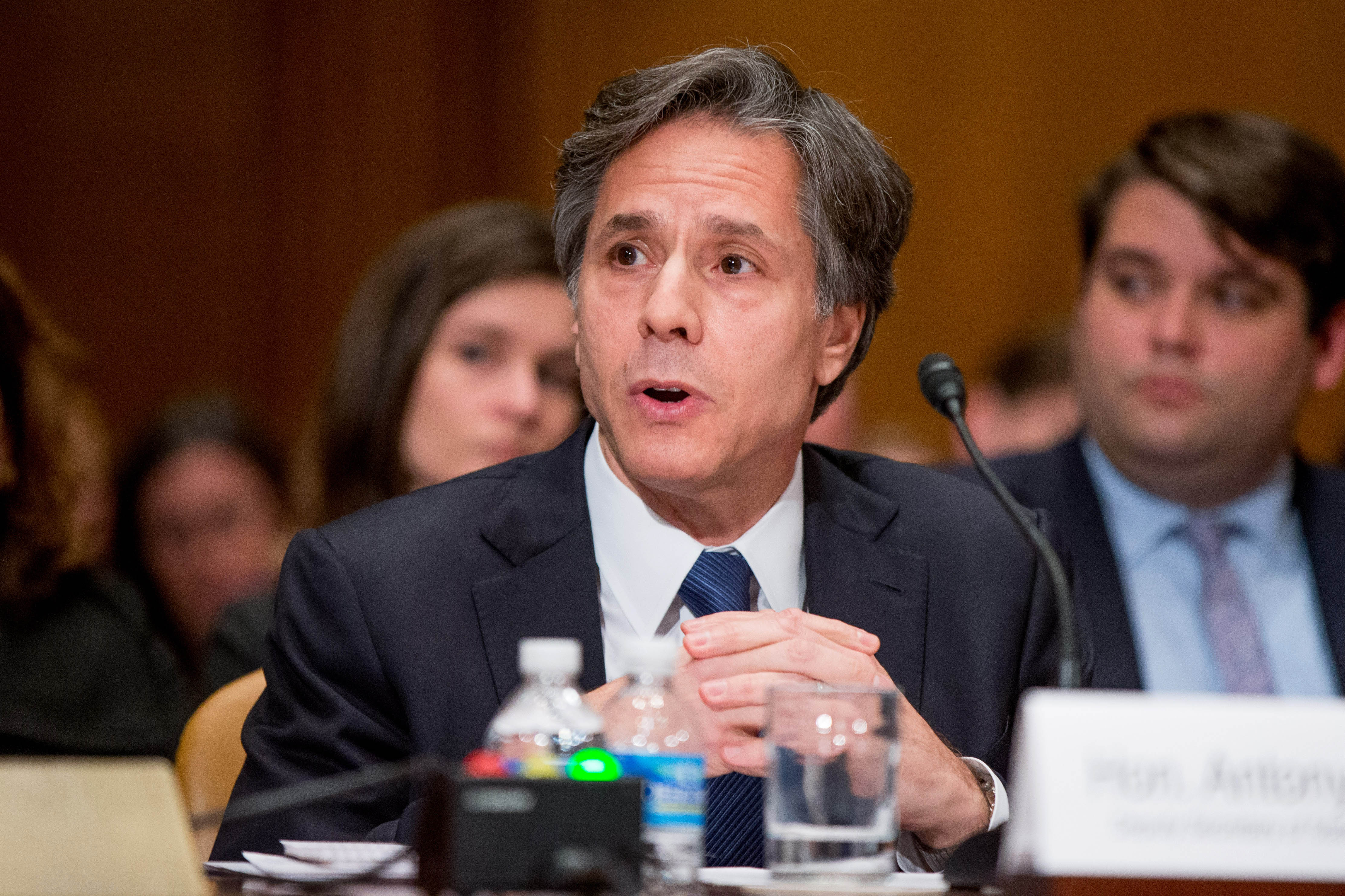 A top foreign policy adviser to Joe Biden’s presidential campaign has agreed to a voluntary deposition before a GOP-led Senate committee probing the former vice president’s relationship with Ukraine, according to a congressional source and two other people familiar with the matter.

The panel also has secured a voluntary interview with Amos Hochstein, a former special envoy for international energy in the Obama administration who also served as a close Biden adviser, ending speculation that Johnson would compel his and Blinken’s testimony.

The forthcoming interviews are a victory for Johnson, who has viewed testimony from Blinken and Hochstein as critical for his forthcoming report on allegations surrounding Biden’s son Hunter’s role on the board of a Ukrainian gas company, Burisma. Johnson has said he hopes to issue the report by the end of the summer. His panel has already interviewed several current and former State Department officials as part of the probe, including Deputy Assistant Secretary of State for European and Eurasian Affairs George Kent, who was a star impeachment witness against President Donald Trump.

Johnson had been eyeing subpoenas for some witnesses, including Hochstein and Blinken, for more than a month before the pair agreed to appear voluntarily. It’s not clear why the subpoenas were never issued, or why the former Obama officials agreed to be interviewed now after negotiations had stalled.

Johnson had previously cited Republican resistance to the Biden probe for delaying his effort to subpoena Blue Star Strategies, a Democratic public relations firm that did work for Burisma. He ultimately secured enough votes to issue the subpoena.

Democratic lawmakers have also raised concerns, including in a letter last month to the FBI, that Johnson’s probe has become a vehicle for “laundering” a foreign influence campaign to damage Biden. And earlier this month, top counterintelligence official Bill Evanina specifically accused Andrii Derkach, a Kremlin-linked Ukrainian lawmaker, of “spreading claims about corruption — including through publicizing leaked phone calls — to undermine” Biden.

Derkach has been holding regular press conferences in Ukraine since last October, where he has made unsubstantiated corruption allegations against Biden and his associates — including Hochstein and Blinken — using heavily edited tapes he says were leaked to him.

Derkach, who has also met with one of Trump’s personal lawyers, Rudy Giuliani, at least twice, hired lobbyists earlier this year to set up meetings for him with White House officials and members of “the Senate Foreign Relationship and House of Foreign Affairs Committees,” according to a lobbying disclosure statement.

And he told POLITICO last month that he had notified Johnson and other lawmakers, including some Democrats, “about the content and materials published and voiced” at his news conferences.

A spokesperson for Johnson has denied that the senator ever received materials from Derkach.

Sasse marches to own tune as GOP implodes around him

Ben Sasse is about to be censured by the Nebraska GOP for his antagonistic stance toward Donald Trump — again....

Former President Donald Trump is weighing in for the first time on behalf of a primary challenger opposing one of...