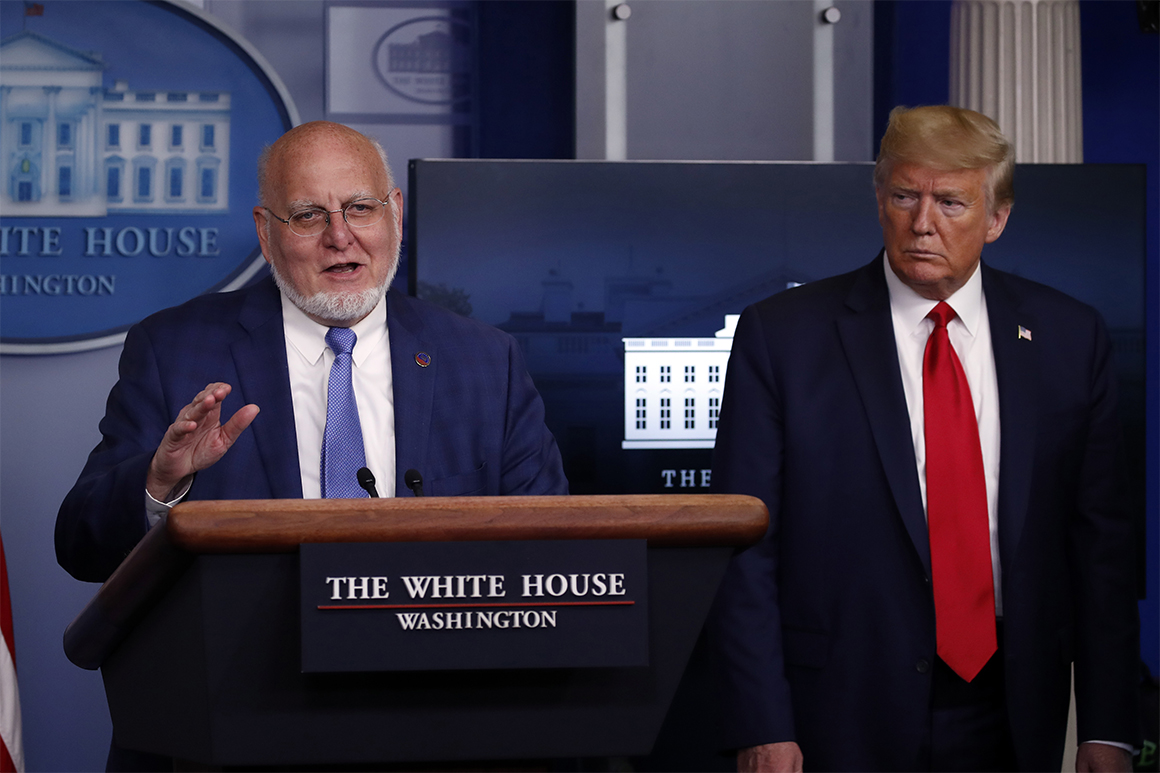 “If I just take the words of the CDC and the president, the president is right,” House Minority Leader Kevin McCarthy (R-Calif.) said at a news conference, pledging that the U.S. would “have a safe and effective vaccine this year.”

“If I were a betting man, I’d bet on President Trump,” White House chief of staff Mark Meadows added in an interview on Fox News — saying his conclusion was “based on what I know behind the scenes [and] how quickly we are moving on the clinical trials.”

“I respect Dr. Redfield,” Sen. Lamar Alexander (R-Tenn.), chair of the Senate’s health committee, told reporters. But he declined to answer whether Americans should have confidence in the federal pandemic response when the president is undermining the CDC director and offering conflicting information.

The shows of support for Trump came after the president contradicted Redfield’s testimony before a Senate committee on Wednesday, when the virologist told lawmakers that mask-wearing could be more effective than an eventual vaccine in containing the spread of the coronavirus.

Redfield also predicted that while a vaccine could become available by November or December, it would likely not be “generally available to the American public” until the late second quarter or early third quarter of next year.

At a White House news briefing hours later, Trump took issue with both statements by Redfield, contending the CDC chief had “made a mistake” and that the “mask is not as important as the vaccine.”

Trump similarly dismissed Redfield’s vaccination timeline as “just incorrect information” and claimed there would be a “much faster distribution process” for the forthcoming vaccine — even telling reporters that his administration plans to distribute as many as 100 million doses by the end of the year.

Asked Thursday whether Trump’s or Redfield’s remarks were accurate, the president’s most senior aide sided with his boss.

Meadows said he anticipated the administration would “at least have some results” regarding a vaccine as soon as October, and that Trump was “pushing very hard to make sure that we’re delivering a vaccine before the end of the year.”

“So I’m not sure where Dr. Redfield got his particular timetable,” Meadows said, “but it’s not based on those that are closest to the process.”

Meadows also pushed back against Redfield’s comments on masks, arguing that face coverings alone would not return the U.S. economy to normalcy.

“If masks [are] the panacea for everything, then we can have everybody going back to work if they’ll just wear a mask. And I don’t know that Dr. Redfield would say that. I can tell you other doctors don’t say that,” Meadows told reporters outside the White House later Thursday.

“But if that’s the way that we open back our economy and get everybody back to work,” he continued, “I will gladly wear my mask each and every day, if that’s what makes the difference. And it doesn’t.”

Andrew Desiderio contributed to this report.