White House press secretary Kayleigh McEnany announced Monday she tested positive for Covid-19, the latest in a string of staffers to contract the disease that has hobbled the Trump operation less than a month before Election Day.

It’s also further indictment of the White House’s reliance on rapid antigen tests to screen staffers and outsiders coming to the complex while continuing to operate relatively normally as a pandemic rages.

McEnany said she received the positive test result Monday morning and that she is not currently displaying symptoms.

She also claimed to have no knowledge that senior Trump aide Hope Hicks tested positive for Covid-19 prior to holding a press briefing without a mask last Thursday, a decision that has come under fire for potentially exposing those present.

McEnany has also held multiple gaggles without a face covering in the days since, though she said that the White House’s medical experts do not consider her to have had close contact with any members of the media.

“As an essential worker, I have worked diligently to provide needed information to the American People at this time,” McEnany said in a statement. “With my recent positive test, I will begin the quarantine process and will continue working on behalf of the American People remotely.” 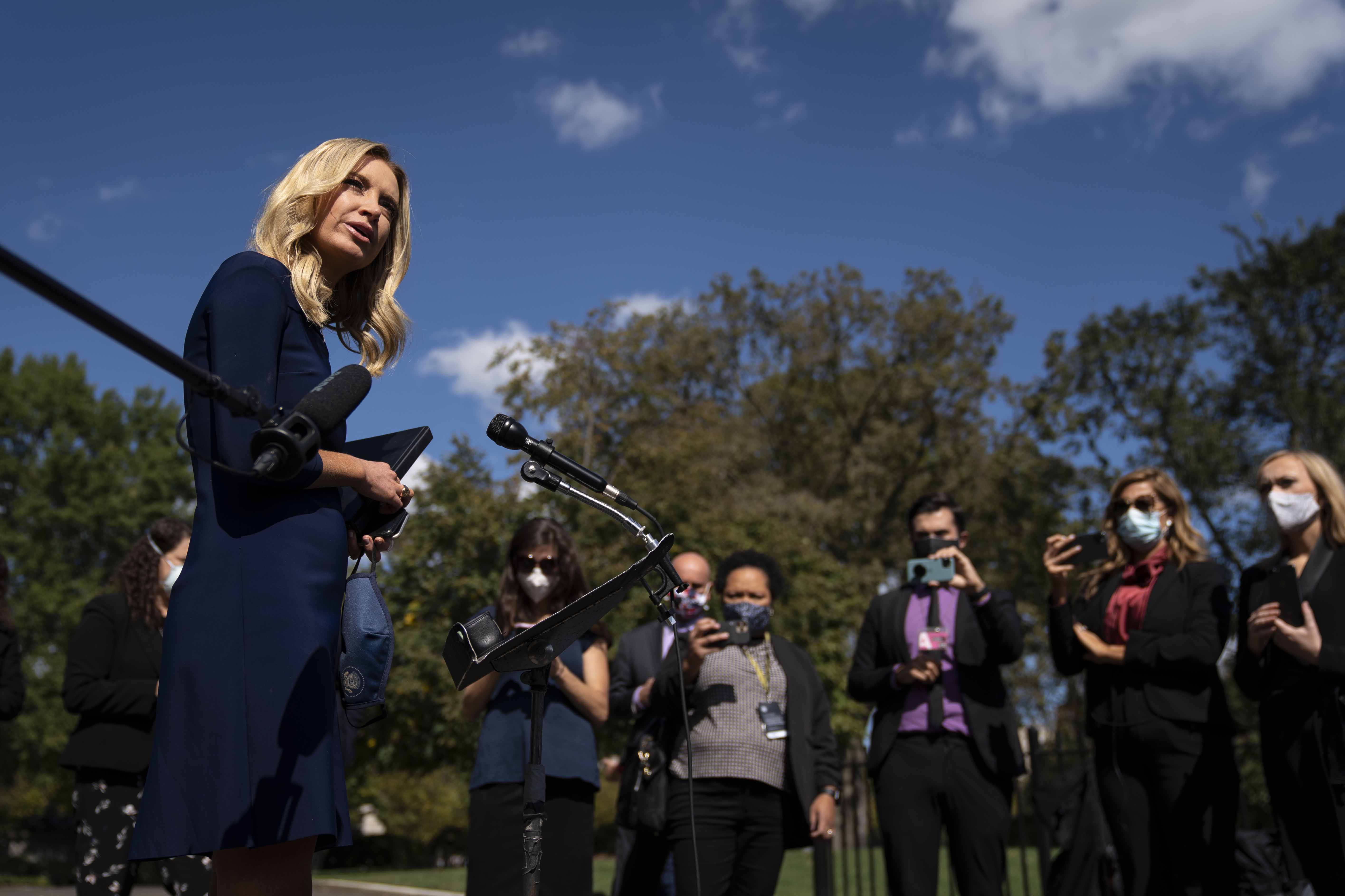 "We wish Kayleigh, the president and everyone else struggling with the virus a swift recovery," WHCA President Zeke Miller said in a statement Monday. "As of this moment we are not aware of additional cases among White House journalists, though we know some are awaiting test results."

Chief of staff Mark Meadows also spoke to the media without a face covering after it was announced early Friday morning that President Donald Trump had tested positive for the virus. Meadows told reporters that he was not wearing a mask because he had tested negative earlier that day, even though Covid-19 can take days to show up on a test after a person has been infected.