Biden backs up Tanden as Republicans attack her tweets 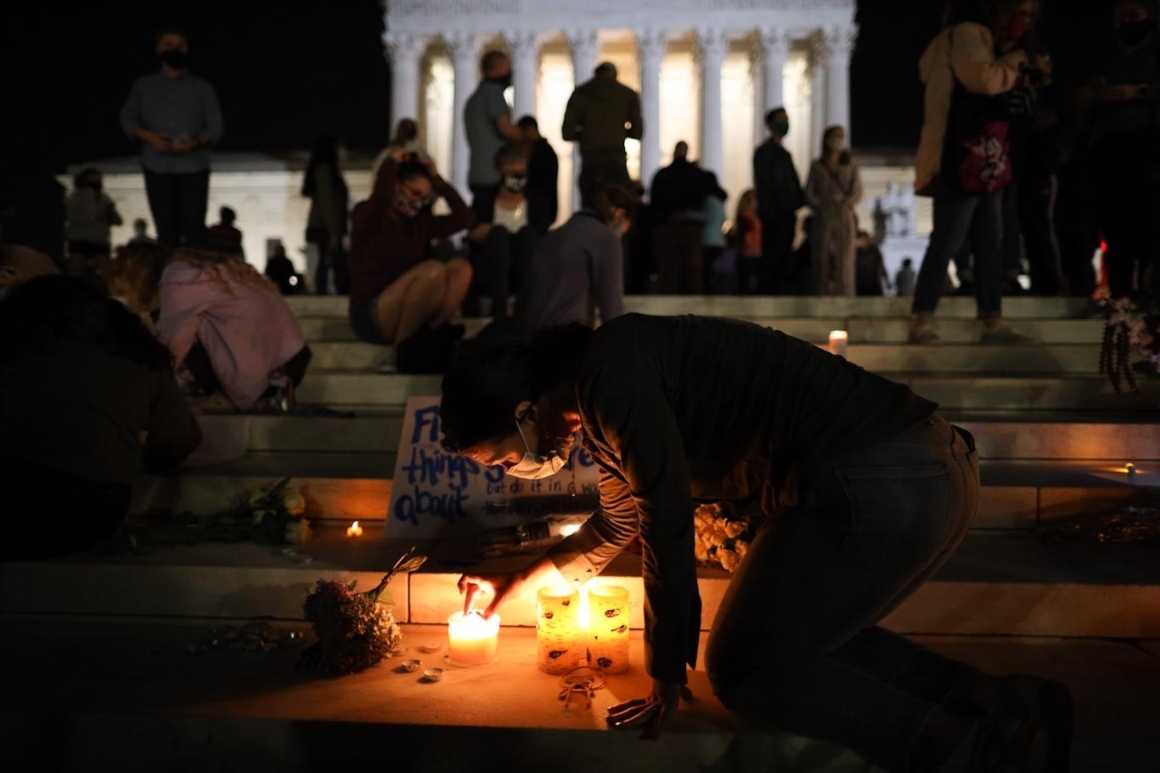 News of Ruth Bader Ginsburg’s passing Friday brought an outpouring of tributes from Washington’s political luminaries, who remembered the life and trailblazing career of the Supreme Court justice who became widely known as the “The Notorious RBG."

Here are some of their thoughts:

President Donald Trump: "Today, our Nation mourns the loss of a titan of the law. A fighter to the end, Justice Ginsburg battled cancer, and other very long odds, throughout her remarkable life. Our thoughts and prayers are with the Ginsburg family and their loved ones during this difficult time. May her memory be a great and magnificent blessing to the world."

Democratic presidential nominee Joe Biden: "Ruth Bader Ginsburg stood for all of us. She was an American hero, a giant of legal doctrine, and a relentless voice in the pursuit of that highest American ideal: Equal Justice Under Law. May her memory be a blessing to all people who cherish our Constitution and its promise

Republican vice presidential nominee Mike Pence: "Justice Ginsburg led an inspiring life, and her storied career paved the way for women in the law. As an advocate and an Associate Justice of the Supreme Court, she was a champion for women whose tireless determination reshaped our national life."

Democratic vice presidential nominee Kamala Harris: "For all who believe in the power of the law as a force for change, Justice Ginsburg was and will always be a titan. She was a relentless defender of justice in our country and a legal mind for the ages."

House Speaker Nancy Pelosi: "Tonight, the flags are flying at half staff over the Capitol to honor the patriotism of Justice Ruth Bader Ginsburg. Every woman and girl, and therefore every family, in America has benefitted from her brilliance."

Senate Majority Leader Mitch McConnell: "Justice Ginsburg overcame one personal challenge and professional barrier after another. She climbed from a modest Brooklyn upbringing to a seat on our nation’s highest court and into the pages of American history. Her intelligence and determination earned her respect and admiration throughout the legal world, and indeed throughout the entire nation, which grieves alongside her family, friends, and colleagues."

House Minority Leader Kevin McCarthy: "Justice Ruth Bader Ginsburg was a trailblazer who served the Supreme Court—and the country—faithfully for 27 years. My prayers go out to her family during this time."

Senate Minority Leader Chuck Schumer: "Tonight, we mourn the passing of a giant in American history, a champion for justice, a trailblazer for women. She would want us all to fight as hard as we can to preserve her legacy."

Senate Judiciary Committee Chairman Lindsey Graham: "Justice Ginsburg was a trailblazer who possessed tremendous passion for her causes. She served with honor and distinction as a member of the Supreme Court. While I had many differences with her on legal philosophy, I appreciate her service to our nation."

Sen. Dianne Feinstein, ranking member of the Senate Judiciary Committee: “The country lost a truly amazing woman tonight with the passing of Justice Ruth Bader Ginsburg. She may have been small of stature but she was an absolute giant of jurisprudence."

Former President Barack Obama: "Justice Ginsburg inspired the generations who followed her, from the tiniest trick-or-treaters to law students burning the midnight oil to the most powerful leaders in the land. Michelle and I admired her greatly, we’re profoundly thankful for the legacy she left this country, and we offer our gratitude and our condolences to her children and grandchildren tonight."

Former President Bill Clinton: "We have lost one of the most extraordinary Justices ever to serve on the Supreme Court. Ruth Bader Ginsburg’s life and landmark opinions moved us closer to a more perfect union. And her powerful dissents reminded us that we walk away from our Constitution’s promise at our peril."

Former Democratic presidential nominee Hillary Clinton: "Justice Ginsburg paved the way for so many women, including me. There will never be another like her. Thank you RBG."